Synthesising a Game Solver in Imandra¶

In this notebook we introduce a simple game called "Les Bâtonnets Géants", and show how imandra can be exploited to synthesise a strategy which always wins. The game itself consists of 16 pegs, and opponents take turns in taking 1,2 or 3 pegs from the end. The loser is the player with 1 remaining peg a their turn. 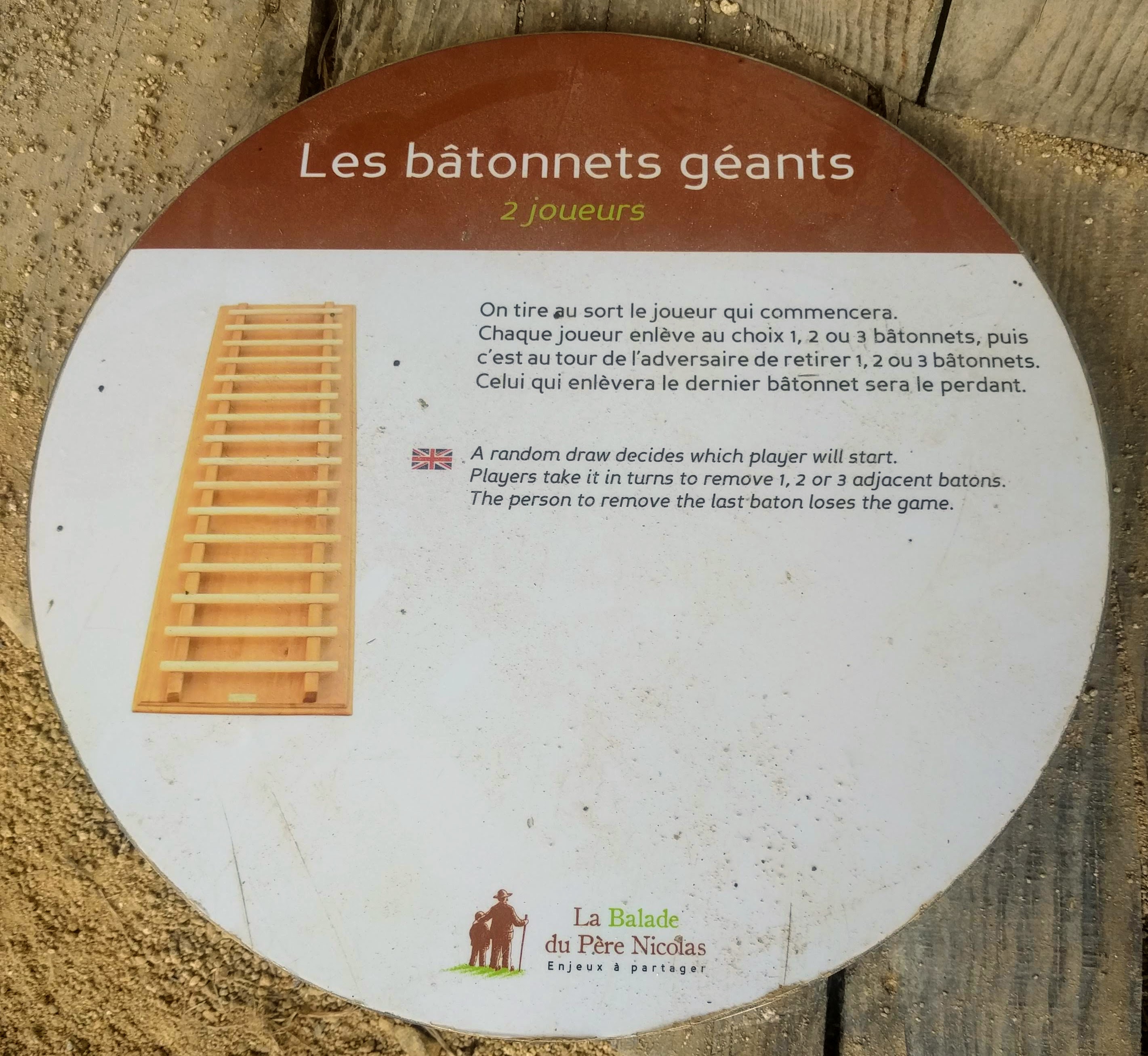 Let us first set up a very simple representation of this game consisting of a state which is either in play with n pieces or ended with a winner:

We introduce first a function called one_step which assumes the player of the game is Imandra. The function takes a list of possible states as well as a map between states and choices. For each list of states the choice is played, resulting in a new list of states. If any of these states are in a final state they become "annealed" to the Terminal variant of state declaring Imandra as the winner. For any non-terminal states, every possible opponent play is calcuated using the function find_all_available_choices to calculate all the next possible states.

Using Imandra to synthesise a solver¶

We now introduce a function which takes an initial state and a set of steps and returns true if every resulting list of states is a winning state for Imandra.

Now we can exploit Imandra's technology to find a solution for the game - in this case using [@@blast] to find the solution:

Now this is a strategy for the game, we can write a simple game player to play against.

By invoking the following code in program mode it is possible to play against imandra, but never win:

An example trace is: